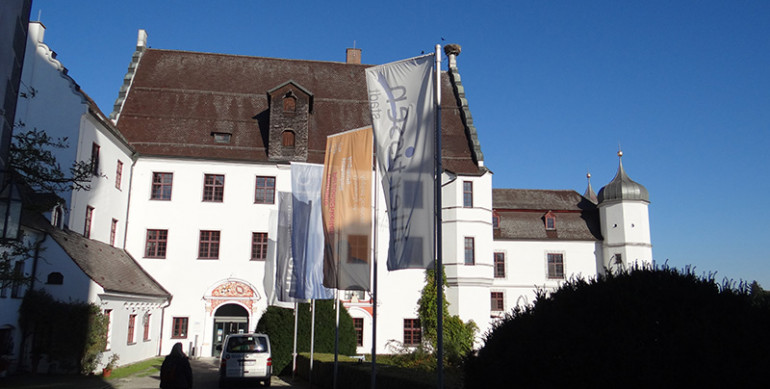 The third day of the Danube Summer School 2015, held in the Castle Vöhlin Seminar Centre of Bavarian-Swabian Universities of Applied Sciences, was planed and realized by the team Danube Area Research Centre (DAReC). Presentations were held by participants and established speakers from University of Novi Sad and members of DAReC

The opening session was held by Aleksandar M. Gajić, Director of the Danube Area Research Center, Novi Sad, who explained the operational structure, the goal as well as the current project of the organisation to the participants. He stressed the importance of future networking and cooperation with other players in the region and invited the participants to also take part in next year Danube Winter School that DAReC is currently starting to prepare.

The second session was given by Prof. Dr. Stojkovski, Faculty of Philosophy, Department of History, University of Novi Sad on Nobility in Southern Hungary during the Middle Ages.

The region of southern Hungary comprises a vast part of the modern-day Croatia, Serbia and Romania. A part of this region is on the Danube River which has presented in those times one of the key traffic lines in the area. The presentation will give the brief overview of the genesis of the nobility in the medieval southern Hungary. The key aspects will be connected to the two most important parts of the noble society-church noblemen and lay noblemen. In the presentation some of the key biographies of specific persons will be stressed, especially of foreigners that were important noblemen, since it most clearly show the intercultural mosaic of the region even in medieval period. The rise of the noble families and kindred will also be briefly presented, as well as some general processes in the state, especially in its noble class. The presentation will also tend to show that medieval southern Hungary was, without a doubt, the part of the wider contemporary European cultural and political streams.

Miroslav Pavlović, MA, University of Novi Sad gave a lecture on the Danube Defense Line and the 18th Century Ottoman Periphery between the Civil Society and Increasing Militarization.

The Danube river was a natural border between Ottoman and Habsburg empires for centuries, contributing to the implementation of various strategies of containment and defense. The main line on the Ottoman side was in the territory of the two provinces (sancak): Vidin and Semendire (serb. Smederevo). The paper deals with the organization, legal framework and functioning of the Danube defense line in the Province of Semendire (Semendire Sancağı), as well as with the changing strategies in organization of Ottoman military forces, and the institution of the Belgrade Fortress Commander (muhafiz).

Prof. Dr. Savic of the University of Novi Sad, Serbia, Faculty of Economics in Subotica, held a lecture on demographic developments in the Danube Region and its economic implications.

The Danube Region’s general demographic development is more than worrying as in the large majorities of Danube Countries almost all indicators show a decrease of people, working force, fertility and thus potential economic slowdowns. The first part of the presentation was dedicated to demographic situation in the countries of Danube region and migration trends across Europe. The second part of presentation was focused towards brain drain in Europe, especially from the aspect of students’ mobility and its effects on brain drain trends in Danube region. The presentation and further discussions were based on the results of EUROSTUDENT survey.

The next presentation of the day was held by Sonja Leković, PhD candidate and teaching assistant at the Faculty of Economics in Subotica, University of Novi Sad.

Slađana Stojanović and Delia Bosiok, both founding members of the Danube Area Research Center gave an brief overview of the current state of the potential Danube Master program and the general possibility of education about Danube region development at the University of Novi Sad. They also presented insights from a survey that was carried out in the last Danube Summer School.

At the end of Tuesday’s program, the participants were asked to present their home culture with short presentations to the others. This session was once again a outstanding display of the vast and divers cultural landscape of the Danube Region and the incredible untapped cultural wealth. 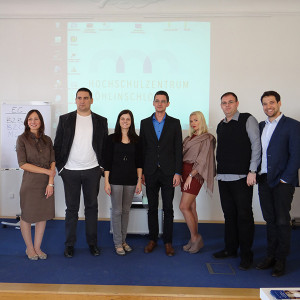 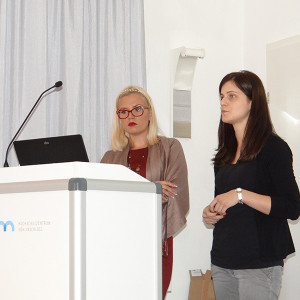 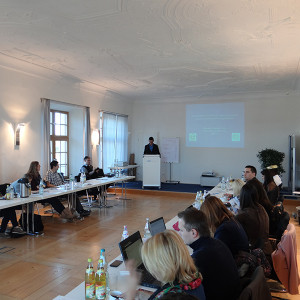 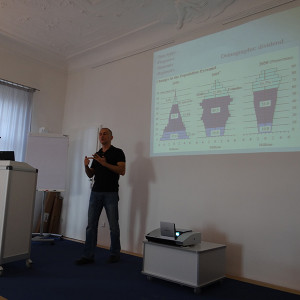